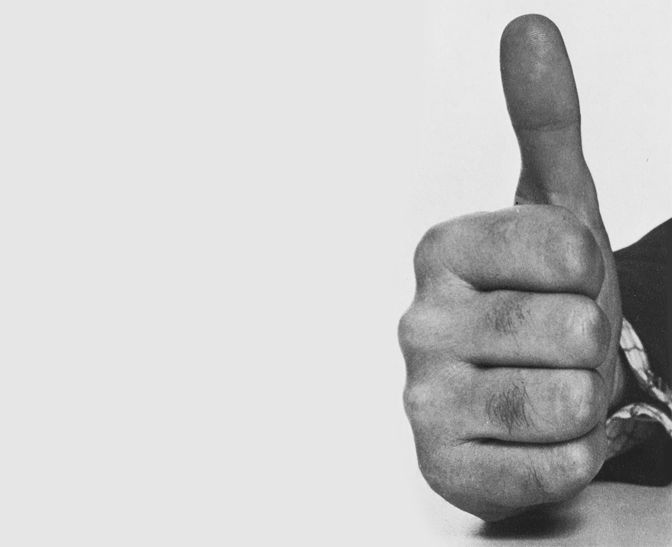 Design Week was back in touch this week. Their burning question? They wanted to find out what Matt’s most used emoji is. Here’s what we said:

“Hard as it may be to believe, I’m a child of the 1970s. Which means that I’m well versed in the art of the thumbs-up. There was a time when no self-respecting celeb would dream of appearing on the cover of Look In, Smash Hits or Jackie without framing their famous/frightening face with at least one raised thumb, preferably two. Or in the case of Slade, eight.

It’s a practice that Sir Fab Macca Wacky Thumbs Aloft still diligently observes to this day. However, my favourite emoje (singular) isn’t the default fat, yellow thumbs-up offered by Apple to the frequent thumb user. Oh no. My favourite is a Photo-moji thumbs-up, personally handcrafted by Jon Link of Modern Toss – the first of a full set to be released by the House of Toss later this year. As soon as this emojinally intense thumbzilla lands in your text thread, you know you’ve been thumbed. I’m just glad he hasn’t sent me the poo one yet.”

You can read the rest of the vox poppage here at the Design Week website.