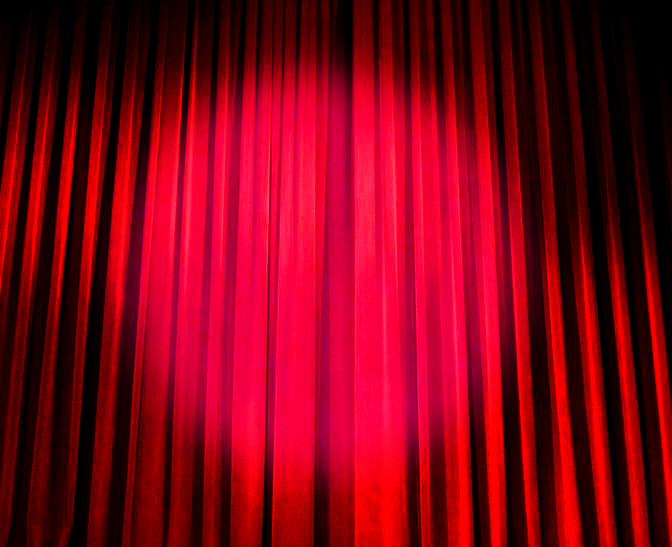 A big fat wedding. A significantly round-numbered birthday. A much-loved colleague leaving a long-held job. All of these special occasions call for a few well-chosen words to mark the moment. In short, they all need a speech.

I’d say that 300 issues of your favourite monthly design magazine is a similarly significant milestone, wouldn’t you? So who’s going to stand up on stage and say something? You? Me? No?

Because here’s the thing: most designers hate speaking in public. In fact, some of us hate it so much we’d rather eat a D&AD annual (even a really fancy one from the late 90s) than speak in front of an audience. It’s against our very nature. Think about it: many designers enter the profession because they’re naturally predisposed to the sorts of behaviours that make us good designers (and bad public orators) in the first place: we’re quiet, introverted, diligent and obsessed with detail and minutiae. We love nothing more than quietly losing ourselves in a creative challenge. Ideally alone, with a posh pen and a swanky sketchbook. Not on stage under swivelling spotlights, with a head-mic and some booming intro music. Yoinks.

The requirement to present publicly in front of audiences becomes increasingly pressing as our careers progress. And I’m not talking here about presenting to a design team or a small audience of clients or stakeholders. Both of these things are vitally important for the success of your projects (and are, let’s be honest, intimidatingly frightening when you’re not used to doing them), but they’re also both things that we eventually do with enough regularity for them to become a natural part of the job.

If you’re making consistently great work, or if you’ve designed something that made the industry sit up and take notice, or if you’ve been slogging in the industry for long enough that your insights are of value, then you’ll find yourself invited to talk about your good fortune to audiences.

If you’re in that fortunate position, fear not trepidatious speaker: help is at shaky hand. The good news is that you can learn all about public speaking very much as you might learn whizzy new Photoshop skills or ninja-level project management techniques. For starters, you can simply take yourself to a design talk and learn from the seasoned experts. A busy and vibrant creative industry means there’s no shortage of design events all around the country. You can also read about this stuff, too. The business section of your local bookshop is chock-full of books about public speaking. Some good, some terrible. I’m afraid you’ll have to read a few to sort the former from the latter.

And as for my advice? Well, based on my own board-treading experience, here are four things I’ve learned so far. (If you like, you can imagine me standing on a stage, telling you about them.)

Think of the very best design talks you’ve been to. Can you picture them? Good. Were they excruciating, monotonous, pompous or self-aggrandising? No, of course they weren’t. They were charming, surprising, entertaining, and (most importantly, I think) sounded natural, right? I bet that the speaker looked like they were at ease on stage and spoke in a way that seemed genuine. They were speakers who had found – most likely through years of terrifyingly live practice – their own style. And to be clear, I don’t mean that they were slick (though some most definitely are). One of my favourite industry speakers is avuncular polymath Supermundane, known to his mum as Rob Lowe. He most definitely has his own style and – while far from slick and all the better for it – it’s genuine, charming and very funny (and may well involve wigs).

If you’ve been invited to speak to an audience at a design event, then it’s likely to be because your work is really good and lots of people like it. Which means that audiences want to hear you speaking about that work. They want to hear about the process that lead to your brilliant solution. But I’d also suggest that they want to hear about what you think. They want your opinion, rather than just a description of a process. Design speakers like Michael Johnson, Paula Scher or Michael Wolff don’t just tell you about the work. They tell you what they think. About the work, about the industry, about the world.

Talking about yourself to an audience of ticket-buying punters takes some skill. Get it wrong and you risk looking either (a) irritatingly self-regarding or (b) dispiritingly self-deprecating. It’s a flipping minefield. But done well, the inclusion of a personal perspective can transform a talk. Pentagram partner Michael Bierut does this brilliantly well. I’ve seen the New York-based designer speak many times and I feel like I know as much about his background and upbringing as I know about his opinions on Helvetica. He’s (almost) as happy to talk frankly about his failures as he is to talk about his successes. The result of this personal approach is that we feel like we’re getting a sneaky and privileged peek behind the design curtain.

And finally: practice! When my sister, ace copywriter Kate Van Der Borgh and I were invited to talk at this years D&AD Festival in London, we planned and practiced. And planned and practiced. And planned and practiced. And it still didn’t feel like enough. Our talk – called Beat The Bullshit: Finding Creative Clarity – was, by its very nature, strongly opinionated. Our session aimed to define exactly what is meant by ‘brand bullsh*t’, before exploring why it’s a barrier in our industry, and showing how we can all cut the confusion and find the creative clarity that produces outstanding work. Because we didn’t have the crutch of project imagery to lean on, it felt very important to know our stuff and to deliver it clearly. Kate insisted that we rehearsed our double act really thoroughly, and she was right.

So what are you waiting for? This very fine magazine is 300 issues in and the champagne is on ice. Time to say a few words… 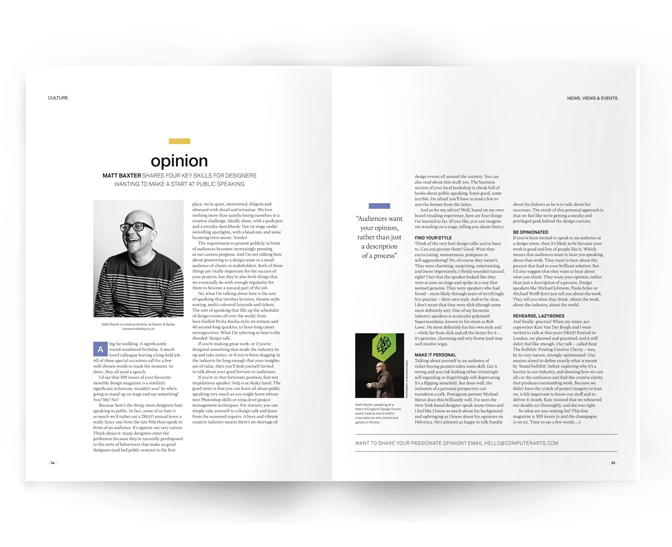 This article was originally published in issue 300 of Computer Arts magazine. Thanks to editor Beren Neale and the team for inviting me to contribute some words to your milestone issue.